Acne runs in my family. My grandfather had cystic acne, and both my mom and sister struggled with their skin. I was no exception. I suffered through high school with seemingly never-ending bouts of break outs of every kind of bump you can imagine. It was painful-physically and socially. I look back on my school photos and shudder (ok everyone does that, but still) wishing I could have at least one photo from a dance or in the yearbook where my skin looked decent. 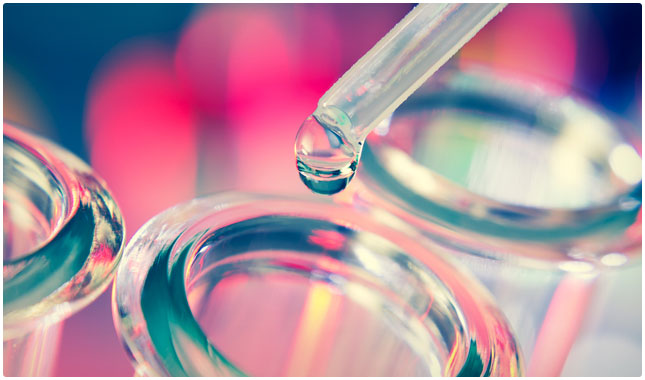 Consequently, I went through the ringer to try and get rid of it. I did everything, from laser treatments (not pleasant, by the way) to antibiotics, to Accutane, to every topical cream on the market. As a result, I suffered sunburn, stomach aches, and horrible itching I couldn’t relieve.

After all of that I had to wonder, why? Why do we still not have a safe way to treat, and truly cure, acne? Something that doesn’t result in such nasty side effects? Well, a recent study by experts at UCLA and the University of Pittsburgh may have found a solution that lies in, of all things, a virus.

Now I know what you’re thinking-“You stupido, how can a virus be a safe way to help my skin?” I thought the same thing too- but after researching it further, I have come to understand and appreciate the idea behind it.

Knowing the cause before the cure

To understand why this virus might be an effective therapy, it’s important to understand what actually causes most cases of acne. Put shortly, acne is caused by hair follicles that become blocked with sebum-an oily substance that the body makes to help keep our hair and skin from drying out. Normally harmless bacteria that lives on the skin (known as Propionibacterium acnes) then contaminates and infects the blocked follicles, which results in acne. People with chronic acne create more sebum than normal, and since P. acnes feeds on sebum, more sebum means more bacteria. Sex hormones in adolescence also result in higher productions of sebum, which is why breakouts are virtually unavoidable as teens.

How does it work?

The virus, which is known as a bacteriophage (phage, for short), is naturally built to target and kill the bacteria that is getting all up in your follicles and causing trouble.  After decoding the DNA of the phages, scientists found that it carries a gene that produces an enzyme called endosylin, which breaks down the cell walls of bacteria to destroy it. Unlike other antibiotic treatments that can wipe out good bacteria in your gut, the phages only go for the bad guys. Acne strains can develop resistance to antibiotics as well, rendering them essentially ineffective, while other treatment options can have extreme side effects.

If the word ‘virus’ scares you, by the way, take a deep breath. The phages only feed on bacteria and not on human cells, like polio or HIV does.

Acne is a painful burden to bear, and it can turn good days into bad ones in the second it takes you to look in a mirror, and this virus seems like answer we’ve all been waiting for, but it’s still a medicine in the making. Scientists are just now taking it out of the lab and testing it to see if it’s an effective therapy for acne in humans.
After years of no new acne treatment being developed, it seems like we’re on a good path. If they can get this thing sorted out before I have kids, fabulous, because I would hate to have to have them-or anyone, for that matter-go through what I did. (This is where I apologize in advance to my future children for passing on such a lame gene.)

Here’s to hoping well be catching a virus sometime soon!

Claire is a lover of life, the natural world, and wild blueberries. On the weekend you can find her fiddling in the garden, playing with her dogs, and enjoying the great outdoors with her horse. Claire is very open-minded, ask her anything 🙂 Meet Claire
5 Natural Ways to Get Rid of Mosquito Bites
4 Simple Remedies for Toothache Relief
Homemade Lavender-Chamomile Sleepy-Time Lotion Recipe
11 Home Remedies to Get Rid of Canker Sores
2 Ways to Avoid Pesticides & Commercial Fertilizer Forever
14 Natural Home Remedies for UTI Pain & Discomfort