10 Common Remedies to Get Rid of Warts 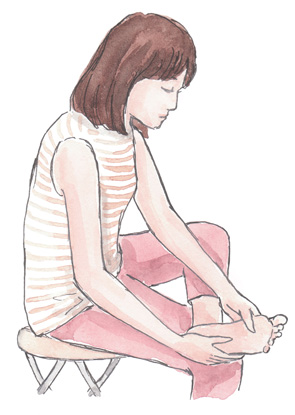 Warts are caused by the Human Papilloma Virus (HPV), which has over 100 types. Different types affect people in different ways, usually depending on the strength of their immune system. Some strains (like the one that causes common warts) are relatively harmless, while others can pose much more serious problems. Because warts are caused by a virus, they can be spread to other parts of your body and to other people as well. If mainstream methods have not worked for you (or you’d rather avoid treatments involving strange chemicals) try some of these straightforward home remedies for warts instead. They may not seem particularly extraordinary, but that makes them all the better in my opinion. 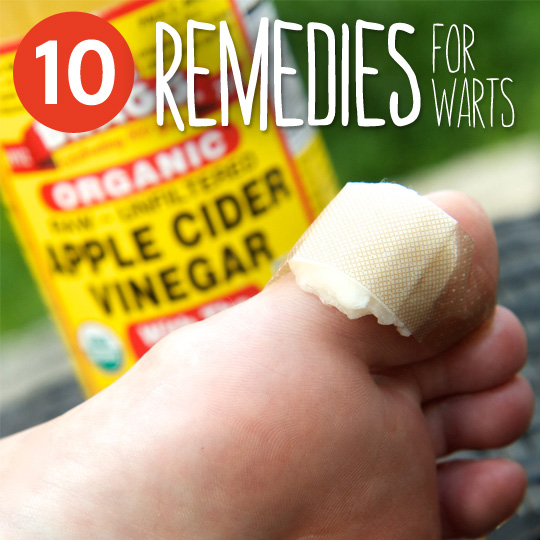 ACV is an all-star in the world of home remedies, so it’s not surprising that it’s first on a list of how to get rid of your wart. It’s simple, and many people have found success with it. It does not actually kill the virus, but because of its high acidity it attacks the “flesh” that makes up the wart, kills the physical wart itself, and allows it to peel naturally from the skin. In theory, this takes the virus with it, and it shouldn’t return anytime soon. Expect there to be some soreness/swelling in the beginning, it’s normal, but of course you can stop the treatment if it’s too much. After a few days your wart will mature to a lovely dark shade or black-this is good. Finally, it will come off. Let it come off on its own, or the core might remain.

You will need…
-Roughly 2 tablespoons of Apple Cider Vinegar
-Cotton balls or a piece of cotton cloth
-A bandage, gauze, or another piece of cloth

Directions
Soak a cotton ball or a piece of cotton fabric in apple cider vinegar. Allow it to saturate, and then gently press out the excess liquid so that it is not dripping all over when you apply it. Place it over your wart, and secure it with a strip of gauze or cloth. Do this every night and remove during the day-you can leave it on during the day as well! It is not instant, but the wart should die and come off within 1-2 weeks. 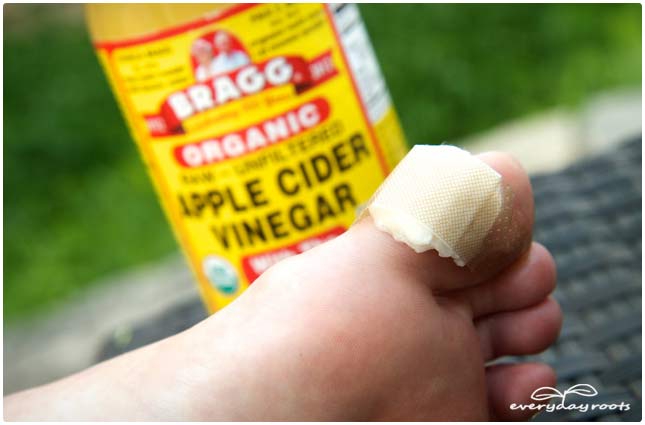 Milkweed grows wild across the world, and can be found along the road, in fields, or your backyard. While it is true that it can be toxic due to a “poison” called cardiac glycoside, it must be taken internally to have a toxic effect. Because of this, don’t keep it around kids or pets, and do not get it in your eyes. A small amount of the sap on the wart has been used as a natural remedy for centuries, and was a favorite by Native Americans. A proteolytic enzyme found in the plant is thought to “digest and dissolve” the wart.

Directions
File your wart or use a pumice stone to get it slightly exposed (no need to go crazy, just slough off a bit of the top layer). Break a few leaves off of the plant and squeeze the bottom of the stem to release more of the sap. Apply enough sap to cover your wart. Leave on and reapply as needed. If you develop any rash or skin irritation, stop and rinse off immediately! If you have sensitive skin, it may be best to steer clear of the milkweed.

Similar to milkweed, bananas contain a proteolytic enzyme that eats away at the wart.

Directions
Twice a day, scrape the whitish mush off the inside of banana peel, and apply it to your wart. Wash your hands well afterwards to keep the warts from spreading. Repeat until the wart is gone. 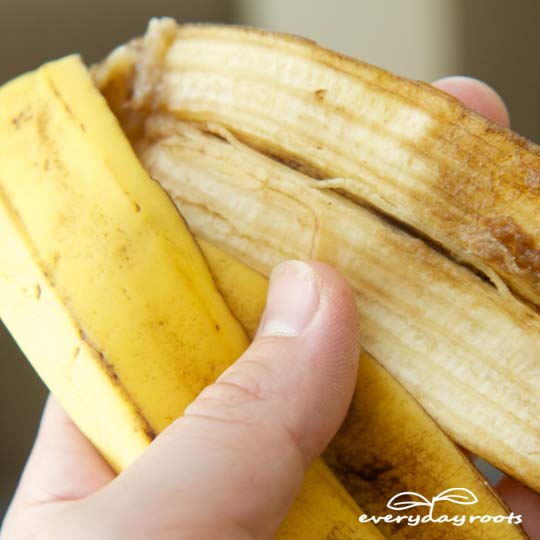 It is thought that applying Vitamin C directly to the wart will destroy the virus causing it. Using lemon juice not only gives an extra boost of vitamin C, but the acid content helps “kill it off” so to speak.

Directions
Crush up 1 vitamin C tablet, and add enough lemon juice or water to make a paste. Cover this with a bandage and reapply daily. 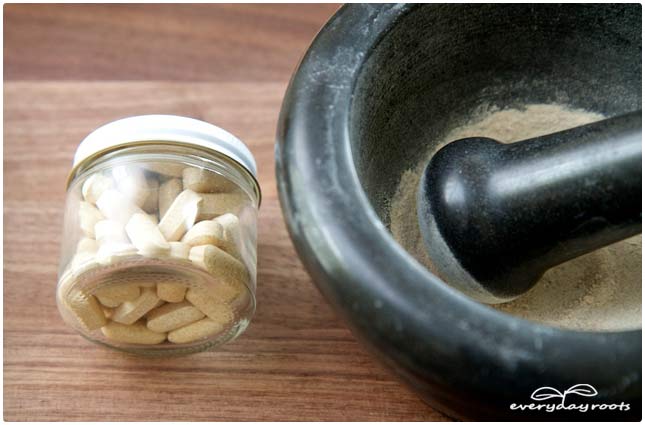 5. Get your basil on

When you have a wart, it’s time to get your basil on-literally. Because basil has a multitude of anti-viral components, and it’s a virus causing the wart, it will speed up the process of the wart going away.

Directions
Crush up ¼ cup or so of fresh, well-rinsed, basil leaves until they are mushy and “juicy.” Apply to the wart, cover with a bandage or clean cloth, and reapply daily until the wart is gone, about 1-2 weeks. You can adjust the amount if you need more or less. 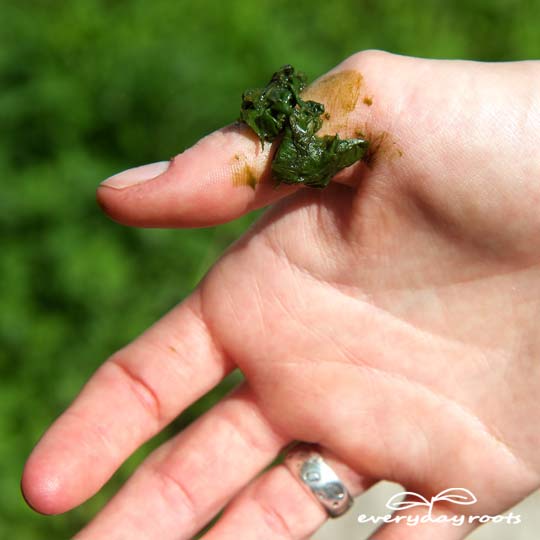 Have some dandelions popping up in your yard? Don’t rip them up and dispose of them just yet. The milk found has been found useful in getting rid of warts, just be sure to keep up on applying it!

You will need…
-1 dandelion
-a bandage

Directions
Pull the head off of a dandelion and rub the milk onto the wart, and cover it with a bandage. Do this twice daily until the wart is gone. 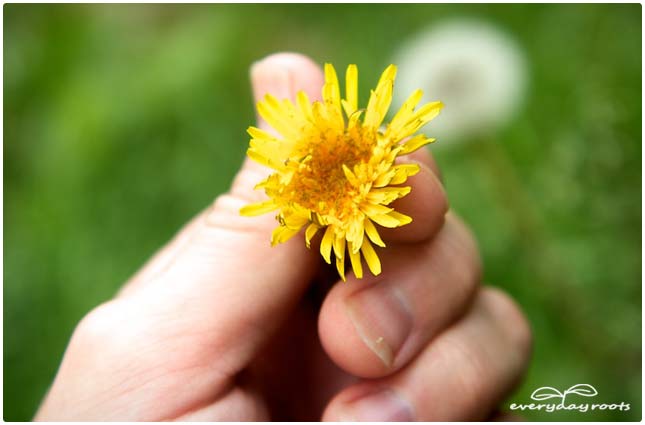 7. Slather honey on it

Organic Manuka honey, harvested in New Zealand, is perhaps the best to use. It is one of the most potent types of honey in terms of the concentration of its antibacterial/antiviral properties. It is also quite stable, unlike some other kinds of honey, so it can withstand temperature fluctuation without losing its benefits. In addition to this, it creates a sort of “occlusion therapy” which is essentially depriving the wart of oxygen and killing it (the theory behind duct tape, but honey is much better than adhesive.) Verify that you are getting true Manuka honey from a reliable source before purchasing.

You will need…
-A teaspoon of raw honey
-A bandage

Directions
File away the wart if you can, and then cover it thoroughly in a thick layer of honey and wrap a piece of cloth around it. Leave it like this for 24 hours, changing the bandage and reapplying the honey daily. 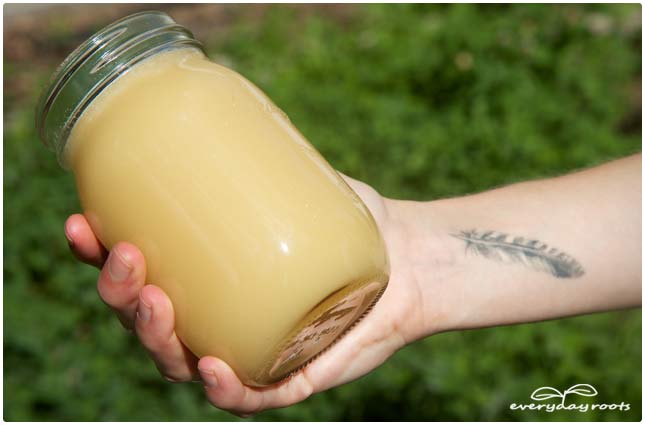 There doesn’t seem to be a set reason why, but one of the most common natural remedies for warts you will hear about is rubbing a potato on it. There’s not a whole lot of scientific backing to this theory, but over the centuries people have stuck to it and have found success. It’s worth a shot! An interesting part of the original historical remedy is to bury the potato after use and when you dig it up 2 weeks later it will have a wart on it (and yours will be gone.) That is very much optional. 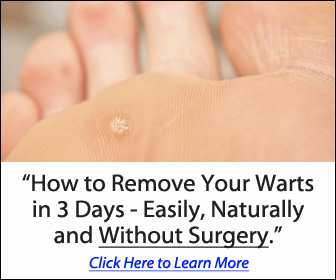 You will need…
-1 potato
-a knife
-a bandage

Directions
Peel a potato and cut a round slice off of it. Rub the slice on your wart 3 times a day, and if you find yourself resting, lay the peeled skin (potato-ey side down) over the wart for as long as possible. You can also bandage the potato to the toe and leave it on until the wart it gone, changing bandage daily.

Pineapple juice softens the wart. It has a high level of acidity, and a special enzyme to dissolve and eat away at the wart. It will sting at first!

You will need…
-Pure organic pineapple juice
-A bowl
-A towel

Directions
2-3 times a day, soak your wart in pure pineapple juice for 3-5 minutes. Afterwards, pat the area completely dry. Filing before doing this might make the area a little too sensitive, in which case, steer clear of it. 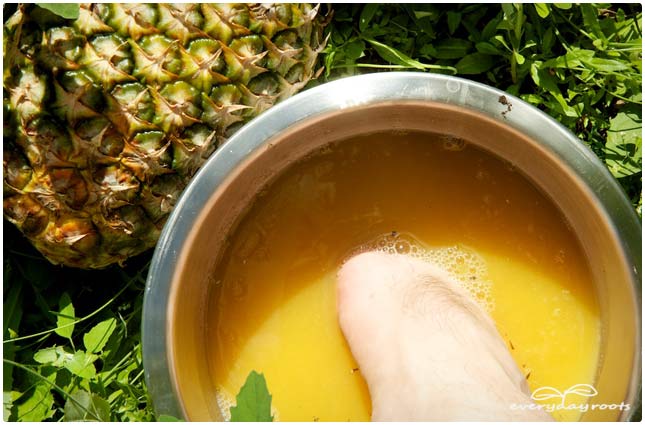 Warts are tricky little devils, they are a barrier that keeps the virus that causes them safe and undetected by your immune system-hence why they last so long. It is our job then to alert our body to this invader, and you can do so by using a sterile needle (this is known as immunotherapy.) Once you poke it, your body knows something is up, and can attack it properly. It sounds like something out of a weird alien movie, but the body works in strange ways.

Directions
Getting rid of warts with a needle is a straightforward home remedy. Ice the wart until the area is good and numb and then hold a sharp needle over a flame to sterilize it. Poke it well into the wart, but don’t hold it there. Poke the wart all over, and discard of the needle and wash your hands. Now that your body is alerted, it will attack the virus that is causing the wart.

These aren’t instant cures, but in the scheme of things, 1-2 weeks is a short time to have a wart, which can stick around for years. In addition to this, you’re not spending a bunch of money to go to the doctor and use an extreme method of removal. Remember to be patient and most importantly diligent-just because something isn’t instantaneous does not make it ineffective.

-Always wash your hands between touching your wart to keep it from spreading.
-If possible, use a pumice stone to slough off just the roughest outer layer of the wart-it allows whatever you’re using to treat it easier access to the core.
-If using something like the banana to treat your wart, applying it to the dry pad of a Band-Aid is an easy way to keep it covered.
-Stay healthy-a good immune system and healthy body is the best way to prevent warts!

Claire is a lover of life, the natural world, and wild blueberries. On the weekend you can find her fiddling in the garden, playing with her dogs, and enjoying the great outdoors with her horse. Claire is very open-minded, ask her anything 🙂 Meet Claire
16 Home Remedies to Relieve Constipation
3 Natural Homemade Cleaners to Remove Pet Stains & Odors
6 Ways to Naturally Prevent and Get Rid of Fleas on Dogs
Plant a Seed
12 Homemade Dandruff Treatments & Shampoos
12 Ways to Get Rid of Gas & Bloating